Villa with Garden and Pool

This very large villa is located at the very top of the most exclusive urbanisation on the entire Eastern side of the Costa del Sol known as the Punta de La Mona.  The living area is arranged on two levels the entrance level being right on the street level.  There are magnificent views of La Herradura and of the Almijara Mountains to the West/North-Wes.  This mountain range is partly in the Granada Province as well as in the Málaga Province.  The center of La Herradura can be reached by car in less than 5 minutes as well as the N-340.  The motorway leading to both Málaga and Granada is reached in less than minutes and the beach, Marina and Town of Almuñecar are all close by.  The Punta has many green areas and mature trees which add to the natural beauty of the promontory upon which this urbanisation has been built.

The house comprises all of the following:

To the right of the entrance Lobby:

To the left of the entrance lobby:

* 1 large Bathroom with a tub

Stairwell in the entrance lobby leading downstairs to the Lower Level:

* 1 Large Bathroom with a tub

* 2nd Bathroom with a shower

From this level there is access to the Garden and to a large Swimming Pool.  Just below this garden area is a large Terrace with a Pergola which is the roof of a very large and double height garage.  There is room for a boat, plus car +++ to be stored.

This wonderful house is perfect for a large family or even for a Bed and Breakfast!

The building itself is in good order but may need some updating.  There are Solar Panels for the hot water supply. 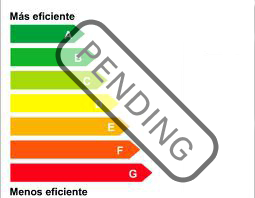